1
C++ A Beginner’s Guide by Herbert Schildt
Answers to Mastery Checks
Module 1: C++ Fundamentals
1. C++ is at the center of modern programming because it was derived from C and is the parent of Java
and C#. These are the four most important programming languages.
2. True, a C++ compiler produces code that can be directly executed by the computer.
3. Encapsulation, polymorphism, and inheritance are the three guiding principles of OOP.
4. C++ programs begin execution at main( ).
5. A header contains information used by the program.
6. <iostream> is the header the supports I/O. The statement includes the <iostream> header in a
program.
7. A namespace is a declarative region in which various program elements can be placed. Elements
declared in one namespace are separate from elements declared in another.
8. A variable is a named memory location. The contents of a variable can be changed during the
execution of a program.
9. The invalid variables are d and e. Variable names cannot begin with a digit or be the same as a C++
keyword.
10. A single-line comment begins with // and ends at the end of the line. A multiline comment begins
with /* and ends with */.
11. The general form of the if:
if(condition) statement;
The general form of the for:
for(initialization; condition; increment) statement;
12. A block of code is started with a { and ended with a }.
13. // Show a table of Earth to Moon weights. 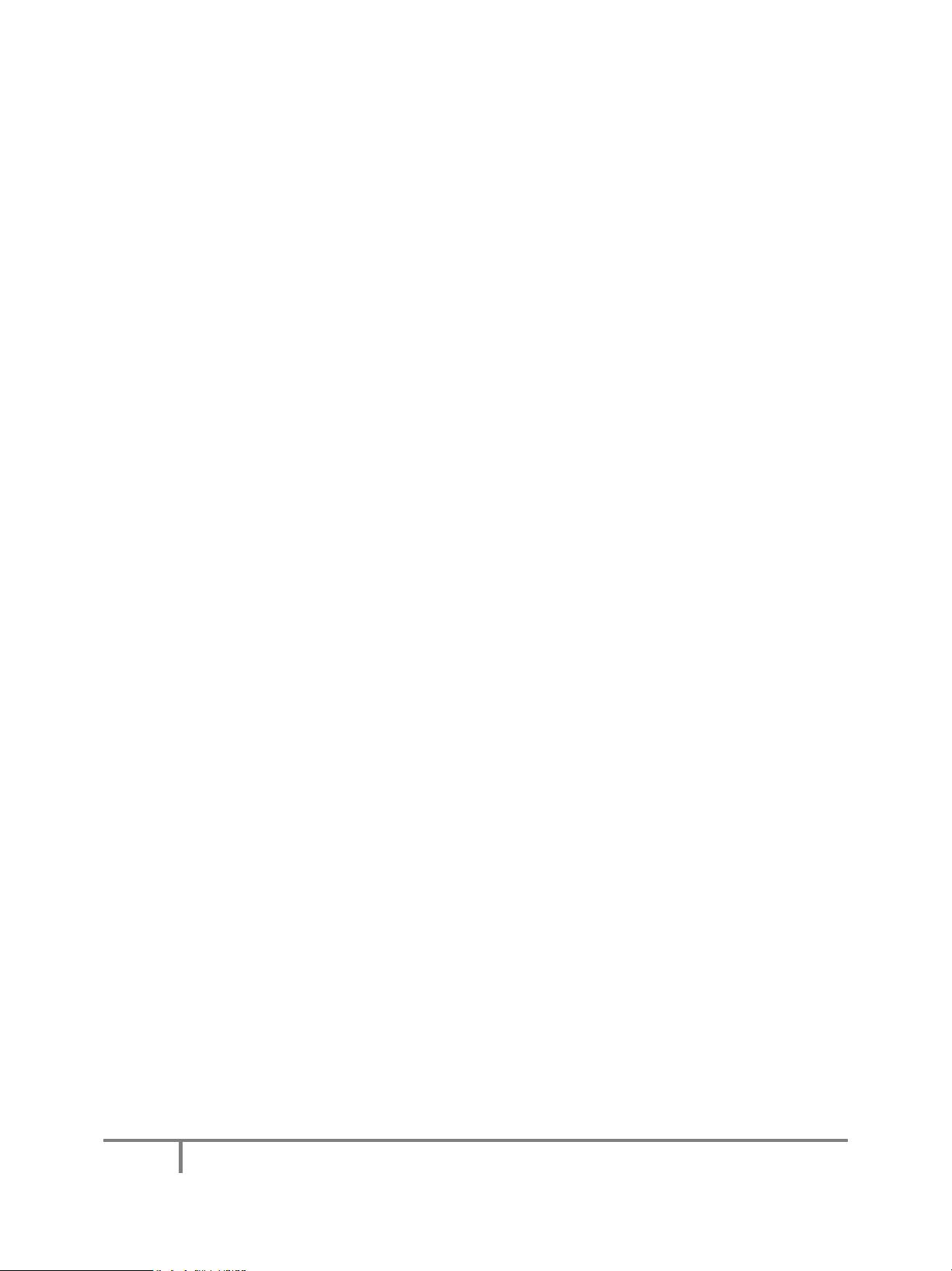 2
C++ A Beginner’s Guide by Herbert Schildt
14. // Convert Jovian years to Earth years.
15. When a function is called, program control transfers to that function.
16. // Average the absolute values of 5 numbers. 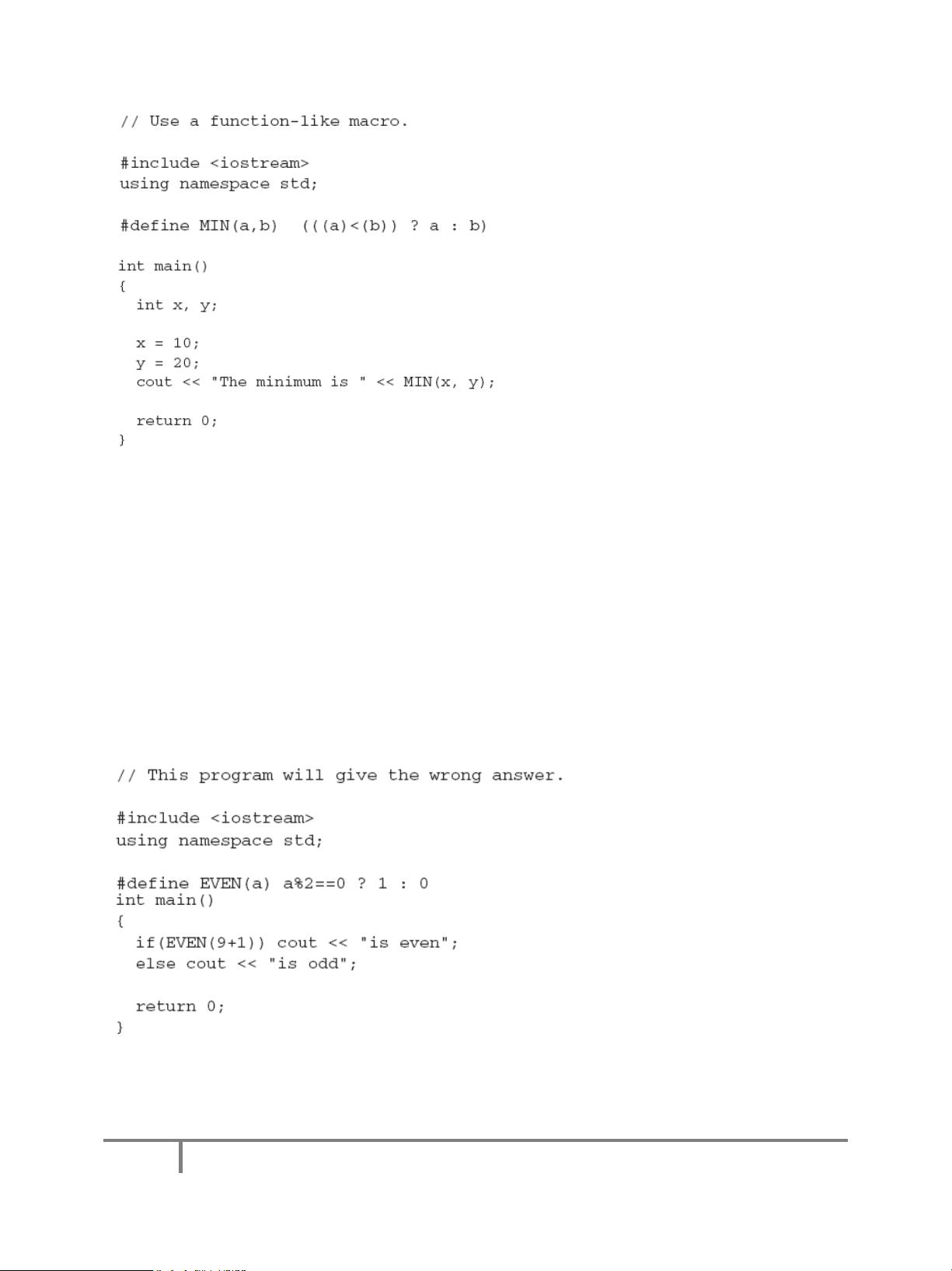 4
C++ A Beginner’s Guide by Herbert Schildt
8. To initialize a variable, use this general form:
type var = value;
9. The % is the modulus operator. It returns the remainder of an integer division. It cannot be used
on floating-point values.
10. When the increment operator precedes its operand, C++ will perform the corresponding
operation prior to obtaining the operand's value for use by the rest of the expression. If the
operator follows its operand, then C++ will obtain the operand's value before incrementing.
11. A, C, and E
12. x += 12;
13. A cast is an explicit type conversion.
14. Here is one way to find the primes between 1 and 100. There are, of course, other solutions.
Module 3: Program Control Statements
1. // Count periods. 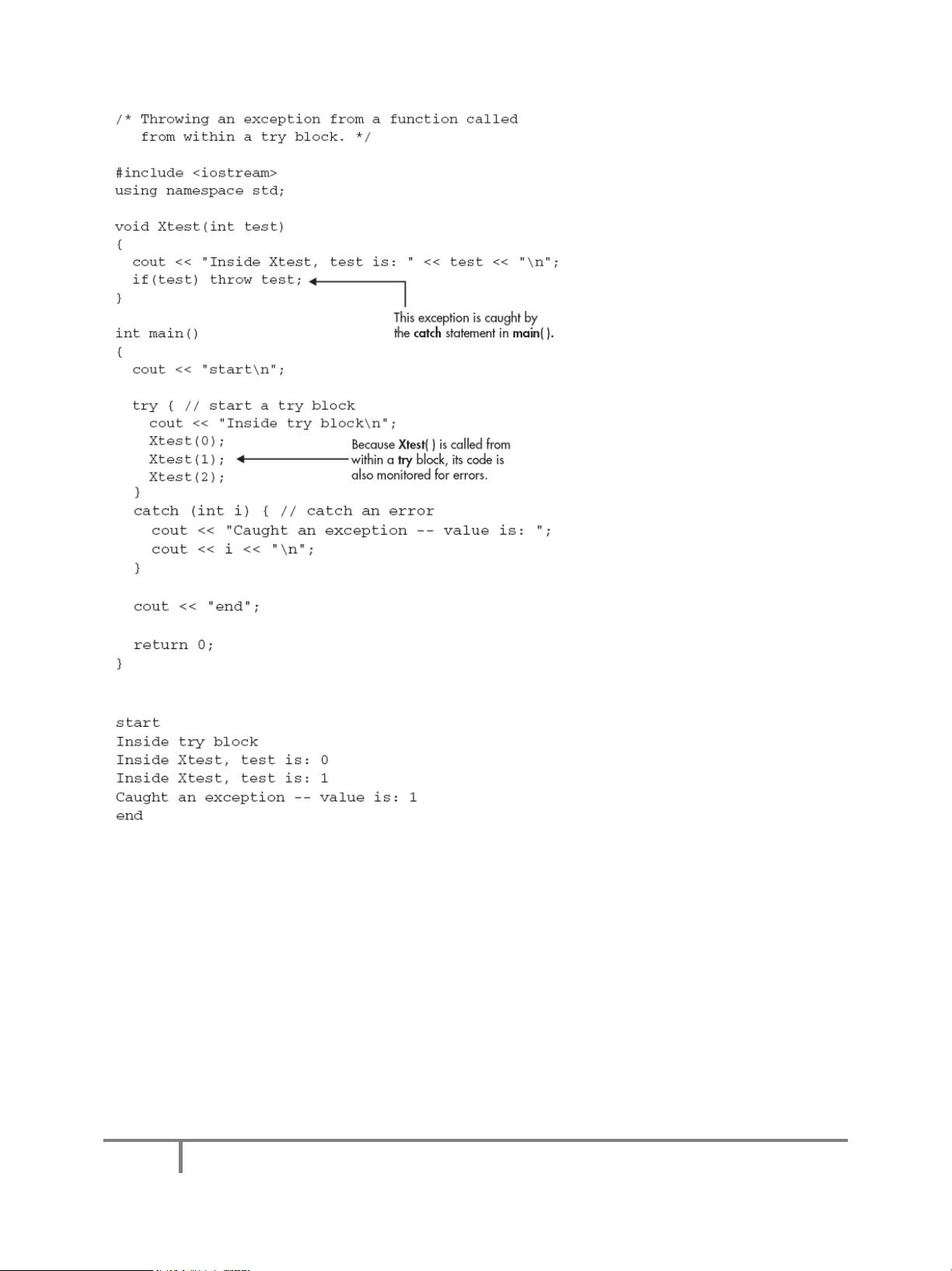 5
C++ A Beginner’s Guide by Herbert Schildt
2. Yes. If there is no break statement concluding a case sequence, then execution will continue on
into the next case. A break statement prevents this from happening.
3.
4. The last else associates with the outer if, which is the nearest if at the same level as the else.
5. for(int i = 1000; i >= 0; i -= 2) // ...
6. No. According to the ANSI/ISO C++ Standard, i is not known outside of the for loop in which it is
declared. (Note that some compilers may handle this differently.)
7. A break causes termination of its immediately enclosing loop or switch statement.
评论 收藏
内容反馈
资源评论