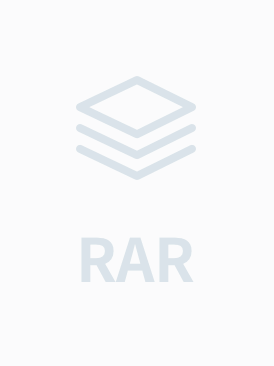 Learn C from scratch using the OpenGL-powered SFML This book is all about offering you a fun introduction to the world of game programming and C . It will begin by teaching you the programming basics such as variables, loops, and conditions using game-like mini apps.We then move on to build actual working games. Throughout the course of the book, you will learn to build three different styles of games comprising a frantic two-button-tapper, a zombie survival/shooter, and a multiplayer platformer. While building these games, you will learn some more C programming concepts such as OOP and data storage/complexity. We’ll end by creating a multiplayer shooter game and will also introduce you to some of the advanced capabilities of C such as networking and advanced OOP.As the games gradually increase in complexity, you will explore some of the advanced capabilities of C as well as some exciting new game programming techniques.What you will learn,解压密码 share.weimo.info

"Beginning Game Programming" shows budding game developers how to take their game ideas from concept to reality. Requiring only a basic understanding of the C++ language, this unique guide covers all

With BEGINNING C++ THROUGH GAME PROGRAMMING, FOURTH EDITION, you will find an up-to-date and thorough introduction to everything you need to get started--with no previous programming experience ...

When it comes to game programming, C++ is the ... Written with the beginning programmer in mind, BEGINNING C++ THROUGH GAME PROGRAMMING, FOURTH EDITION is a great way to get started in game programmin

Awesome Game Creation: No Programming Required, Third Edition teaches game enthusiasts and aspiring developers how to create your own computer games without programming skills. It teaches how the ...

Beginning Android Games, Third Edition gives you everything you need to branch out and write your own Android games for a variety of hardware. Do you have an awesome idea for the next break-through .

You'll start with game design fundamentals and Android programming basics, and then progress toward creating your own basic game engineand playable game apps that work on Android smartphones and ...

Beginning Android, Fifth Edition is fresh with details on the latest iteration of the Android 5 and earlier versions.Google's Android operating-system has taken the industry by storm, going from its

You’ll start with game design fundamentals and programming basics, and then progress toward creating your own basic game engine and playable game that works on Android 4.0 and earlier devices....

iOS 10 App Development Essentials is latest edition of this popular book series and has now been fully updated for the iOS 10 SDK, Xcode 8 and the Swift 3 programming language.Beginning with the ...