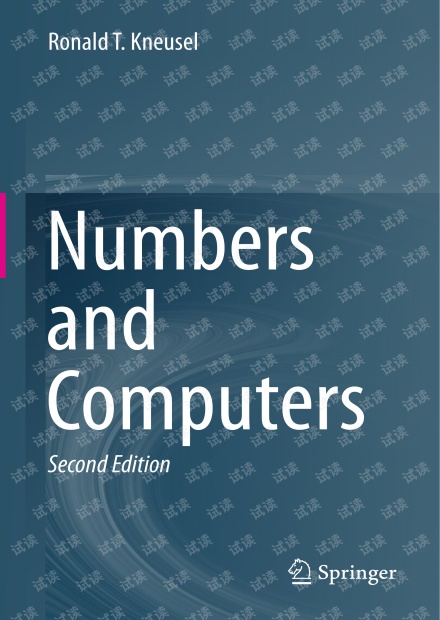 This is a book about numbers and how those numbers are represented in and operated on by computers. It is crucial that developers understand this area because the numerical operations allowed by computers, and the limitations of those operations, especially in the area of floating point math, affect virtually everything people try to do with computers. This book aims to fill this gap by exploring, in sufficient but not overwhelming detail, just what it is that computers do with numbers. Divided into two parts, the first deals with standard representations of integers and floating point numbers, while the second examines several other number representations. Details are explained thoroughly, with clarity and specificity. Each chapter ends with a summary, recommendations, carefully selected references, and exercises to review the key points. Topics covered include interval arithmetic, fixed-point numbers, big integers and rational arithmetic. This new edition has three new chapters: Pitfalls of Floating-Point Numbers (and How to Avoid Them), Arbitrary Precision Floating Point, and Other Number Systems. This book is for anyone who develops software including software engineers, scientists, computer science students, engineering students and anyone who programs for fun. Table of Contents Part I Standard Representations Chapter 1 Number Systems Chapter 2 Integers Chapter 3 Floating Point Chapter 4 Pitfalls of Floating-Point Numbers (and How to Avoid Them) Part II Other Representations Chapter 5 Big Integers and Rational Arithmetic Chapter 6 Fixed-Point Numbers Chapter 7 Decimal Floating Point Chapter 8 Interval Arithmetic Chapter 9 Arbitrary Precision Floating-Point Chapter 10 Other Number Systems