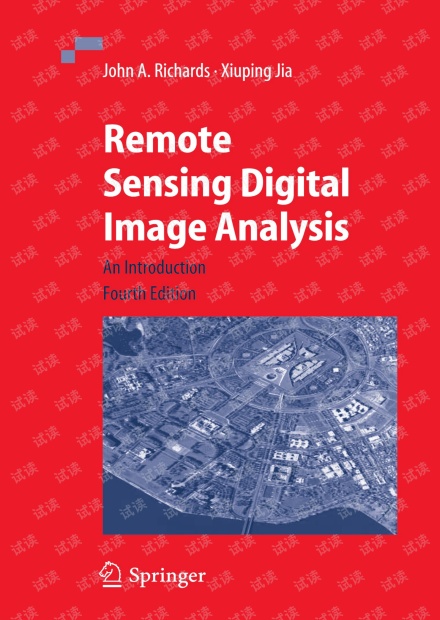 This fourth edition has been developed to reﬂect the changes that have occurred in techniques for the analysis of digital image data in remote sensing over the past ﬁve years or so. Its focus is on those procedures that seem now to have become part of the set of tools regularly used to perform thematic mapping. As with previous revisions, the fundamental material has been preserved in its original form because of its tutorial value; its style has been revised in places and it has been supplemented if newer aspects have emerged in the time since the third edition appeared. The theme of the book remains, however, on the needs of the senior student and practitioner. The earlier editions have contained extensive material in Chapter 1 on satellite programs and sensor characteristics. Although that material is important in the context of understanding the application of image analysis procedures, the rapid development of quasi- and fully operational programs in the past decade has meant that expanding the material of Chap. 1, as required, would have distracted from the role of that chapter to introduce the reader to the nature and properties of digital image data in remote sensing. Accordingly, all of the material on satellite programs and sensor speciﬁcations has been moved to a newAppendix A. Chapter 1 has then been completely rewritten as a stand-alone introduction to sensors in general and the data properties of importance in image analysis. Many changes have been made throughout the book to meet the increasing emphasis on hyperspectral data and its analysis. Although much of that is contained in Chap. 13, techniques required for hyperspectral data processing are developed in the context of previous chapters, particularly new material on feature extraction tools that work well on hyperspectral data sets; they are covered in Chap. 10. Chapter 10 has been re-named. It was felt that there is too much confusion in the term Data Fusion to retain it as the title for materia

33浏览
With the development of quantitative ocean color remote sensing, estimation of chlorophyll-a concentration in the coastal waters has aroused increasing attention from researchers. Currently, ...

Image Analysis, Classification and Change Detection in Remote Sensing with Algorithms in ENVI/IDL(2005)