Advanced Optical Wireless Communication Systems Advanced Optical Wireless Communication Systems Optical wireless communications is a dynamic area of research and development. Com- bining fundamental theory with a broad overview, this book is an ideal reference for any- one working in the field, as well as a valuable guide for self-study. It begins by describing important issues in optical wireless theory, including coding and modulation techniques for optical wireless, wireless optical CDMA communication systems, equalization and Markov chains in cloud channels, and optical MIMO systems, as well as explaining key issues in information theory for optical wireless channels. The next part describes unique channels that could be found in optical wireless applications, such as NLOS UV atmospheric scattering channels, underwater communication links, and a combination of hybrid RF/optical wireless systems. The final part describes applications of optical wireless technology, such as quantum encryption, visible light communication, IR links, and sensor networks, with step-by-step guidelines to help reduce design time and cost. Shlomi Arnon is an Associate Professor at the Department of Electrical and Computer Engineering at Ben-Gurion University (BGU), Israel, and the Principal Investigator of Israel Partnership with NASA LUNAR Science Institute. In addition to research, Pro- fessor Arnon and his students work on many challenging engineering projects with emphasis on the humanitarian dimension, such as developing a system to detect human survival after earthquakes, or an infant respiration monitoring system to prevent cardiac arrest and apnea. John R. Barry is a Professor of Telecommunications in the School of Electrical and Computer Engineering at the Georgia Institute of Technology. He is a coauthor of Dig- ital Communication (2004), and Iterative Timing Recovery: A Per-Survivor Approach (VDM, 2009), and he is the author of Wireless Infrared Communications (1994). George 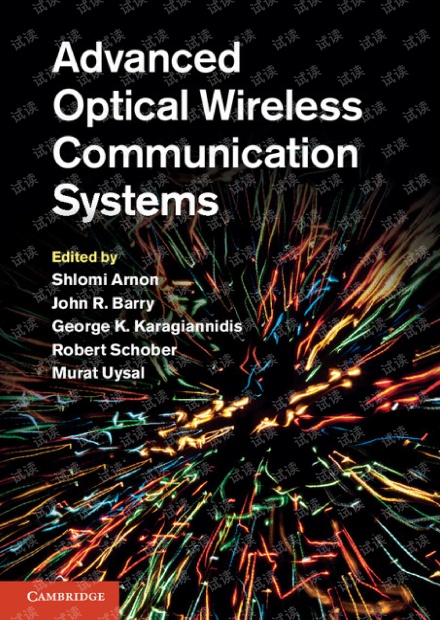 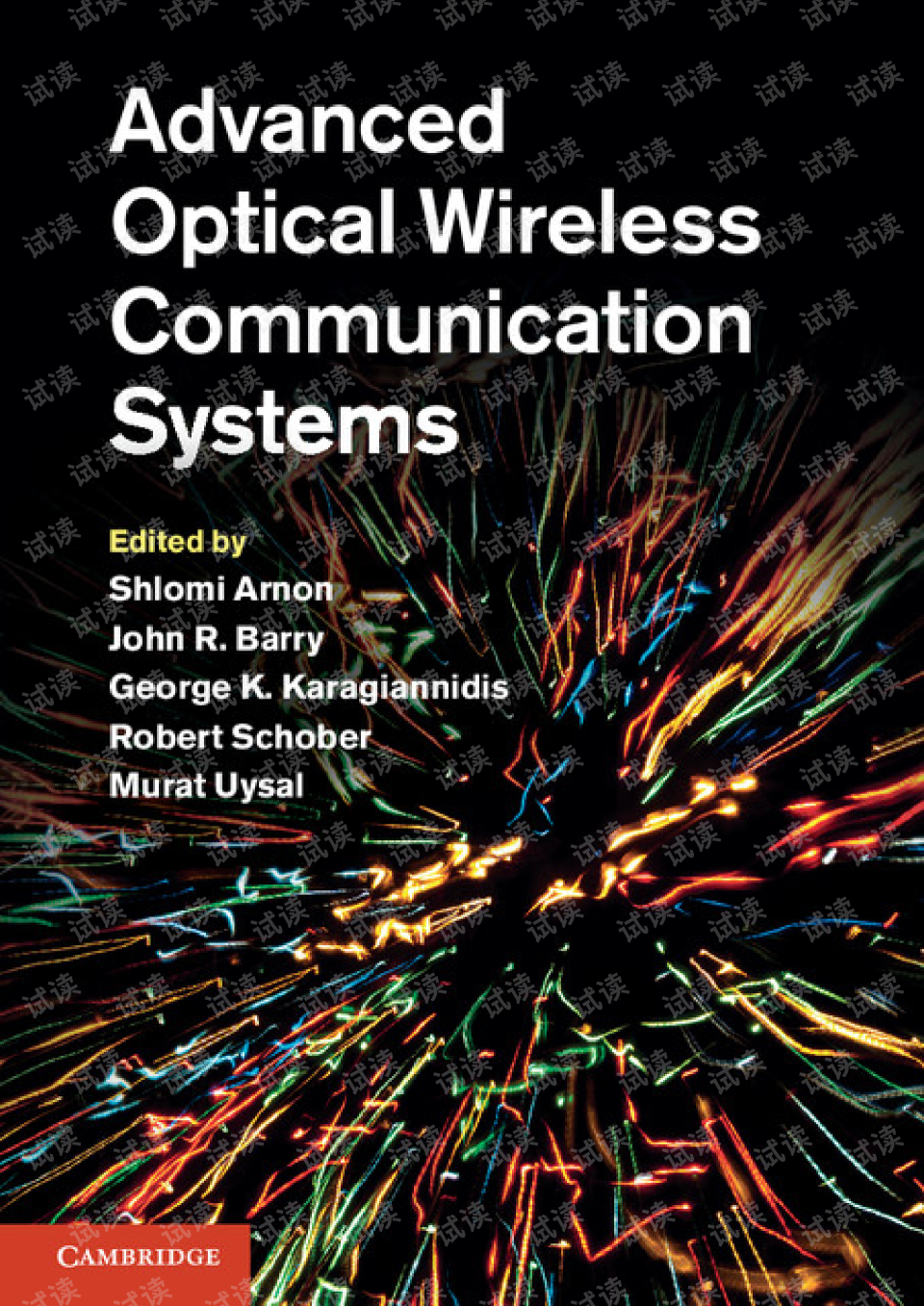 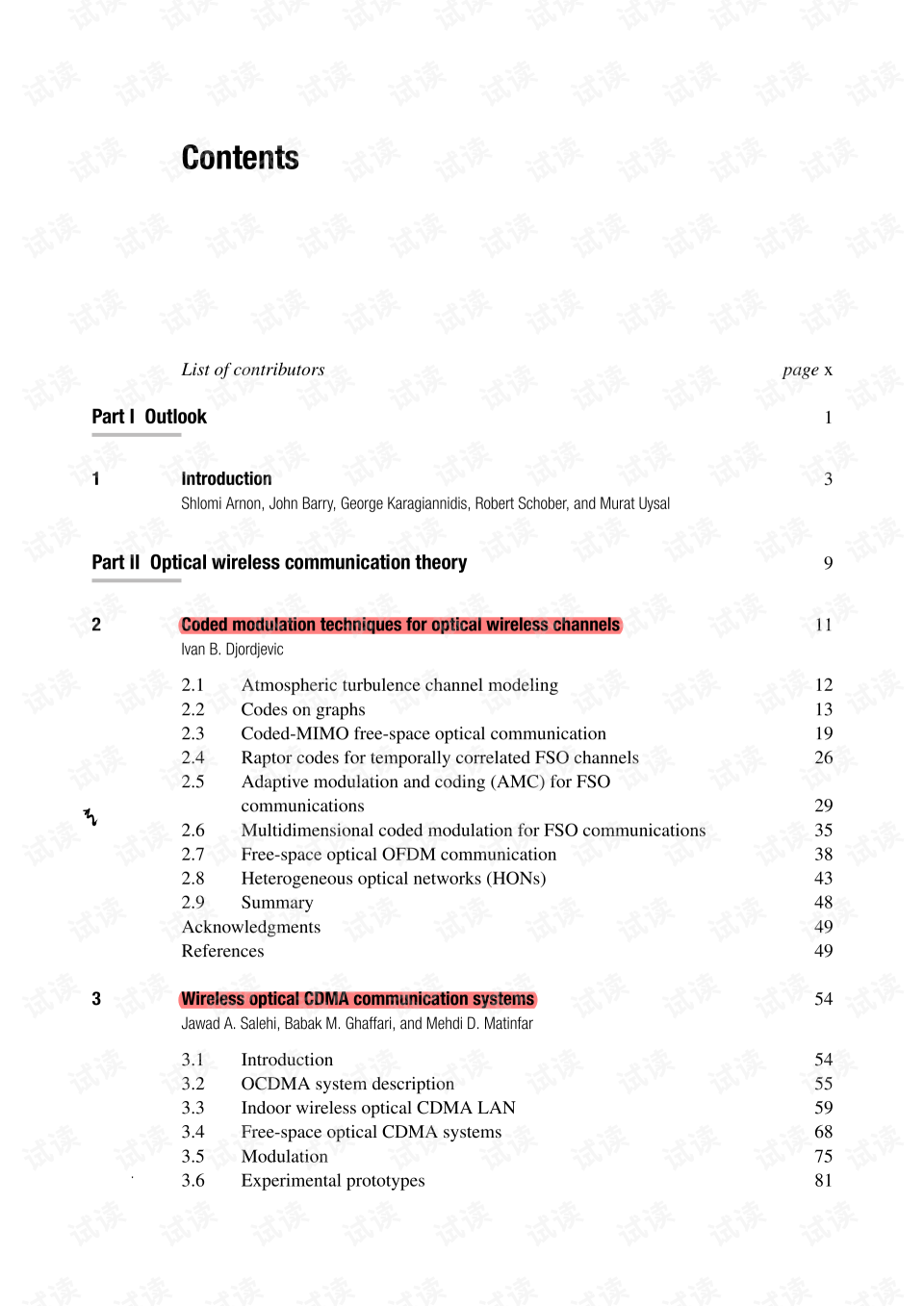 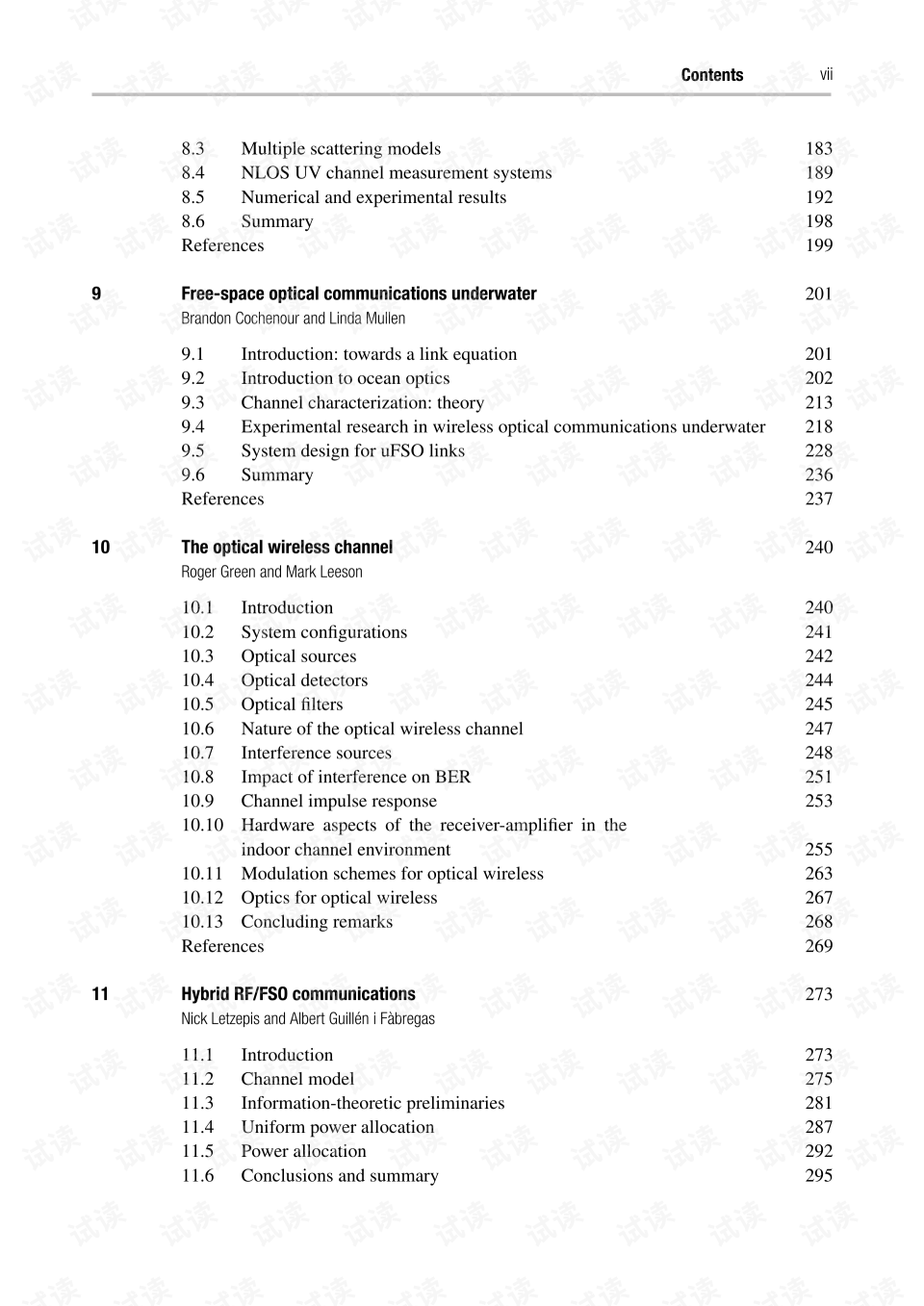 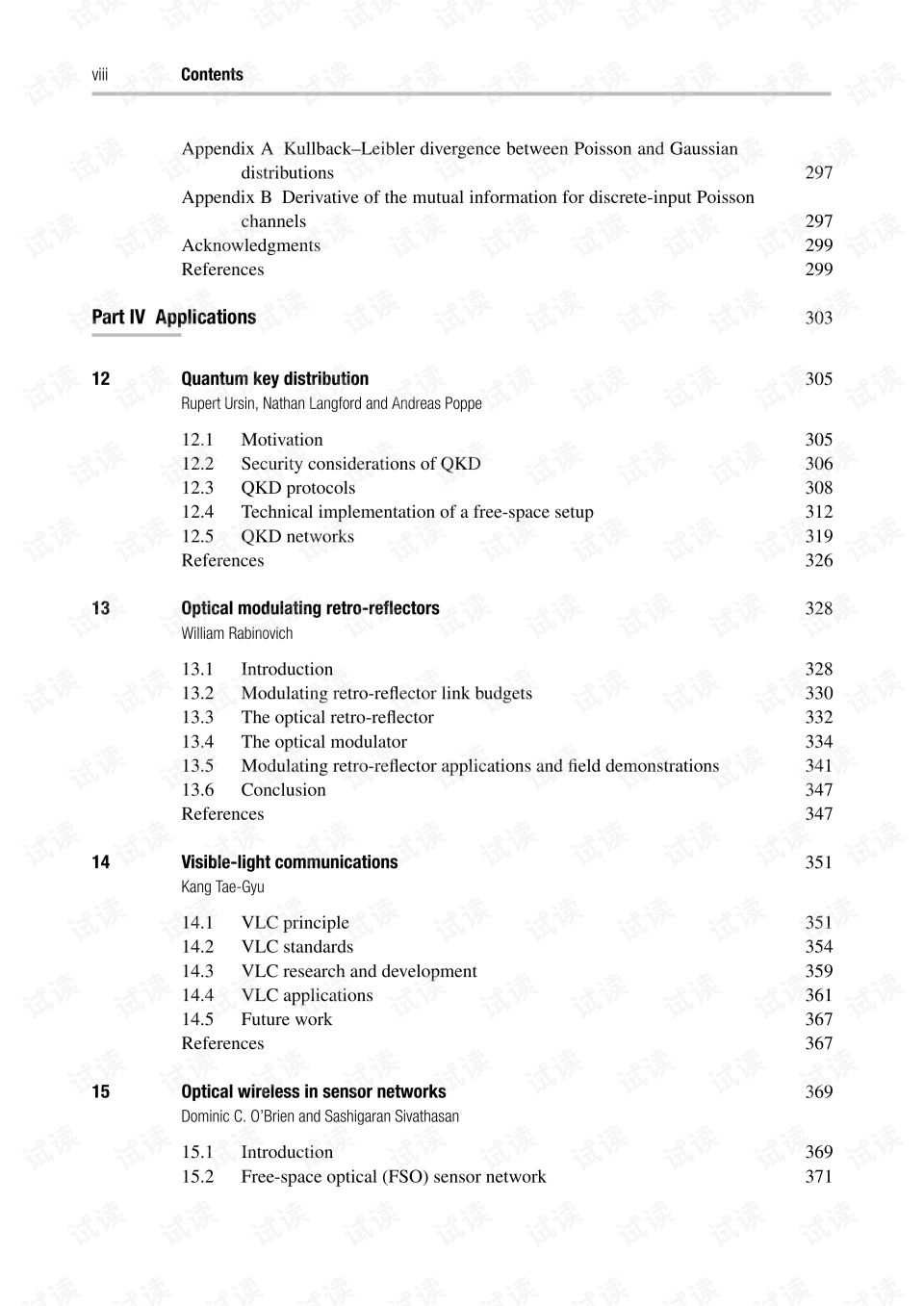 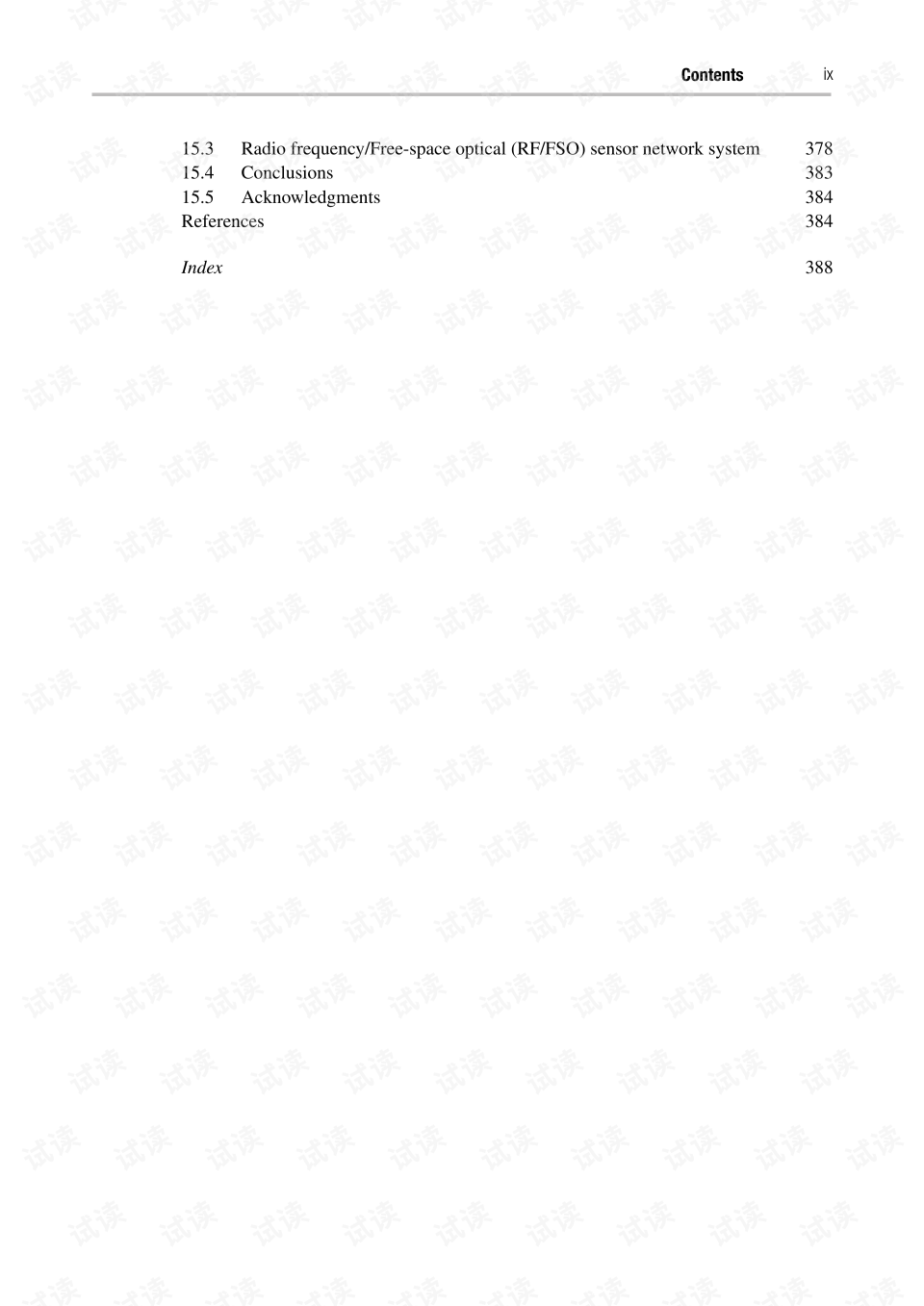 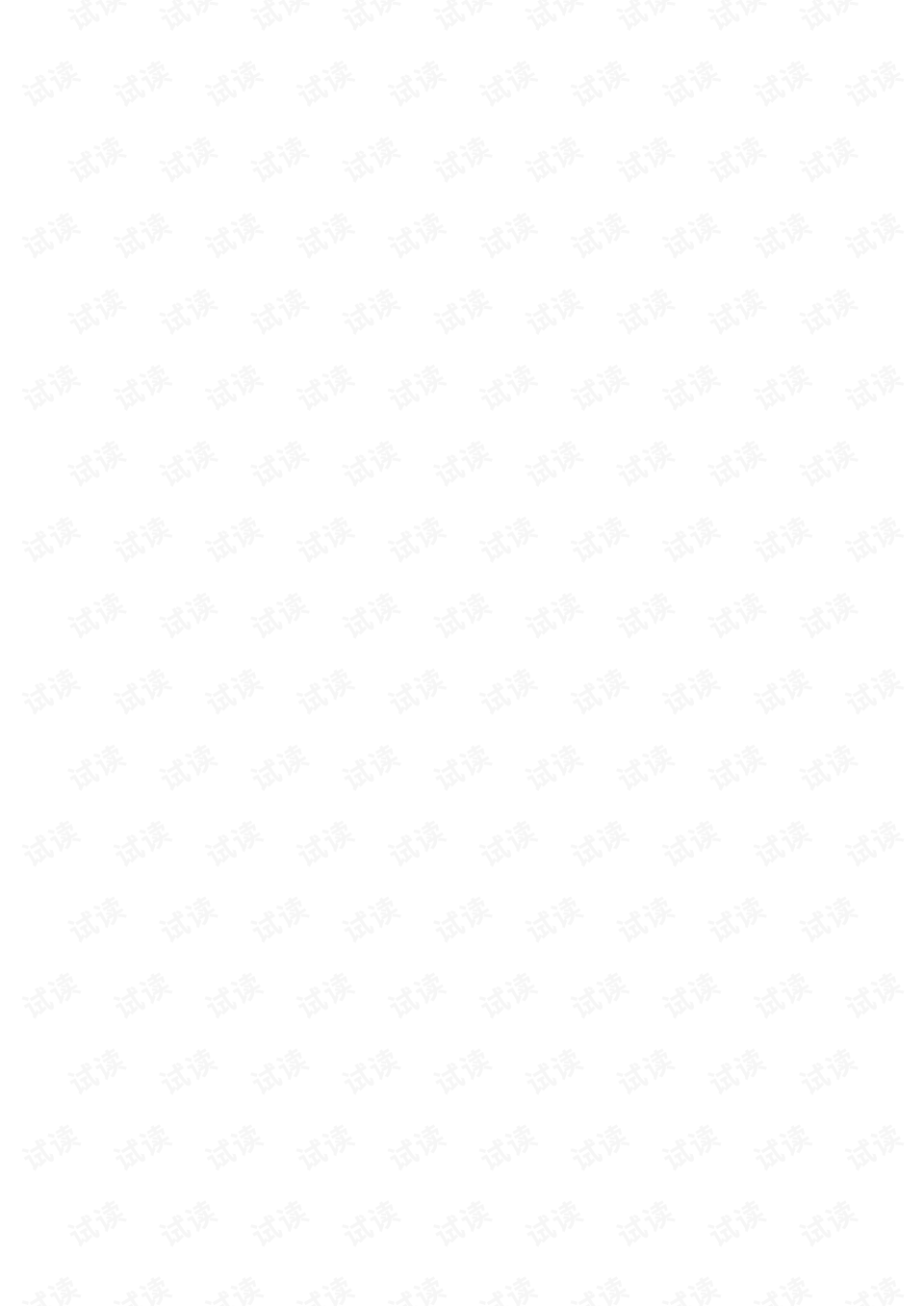 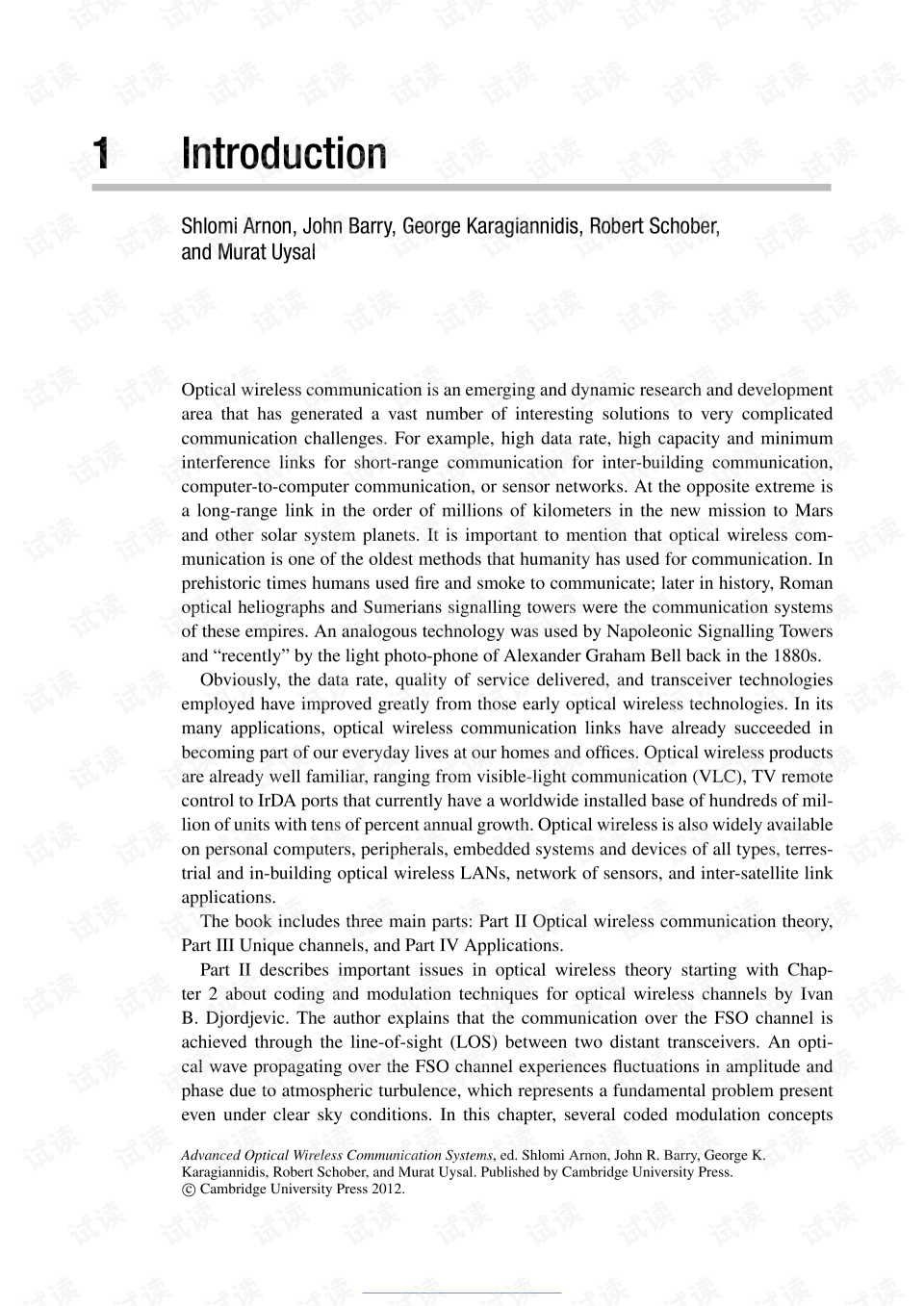 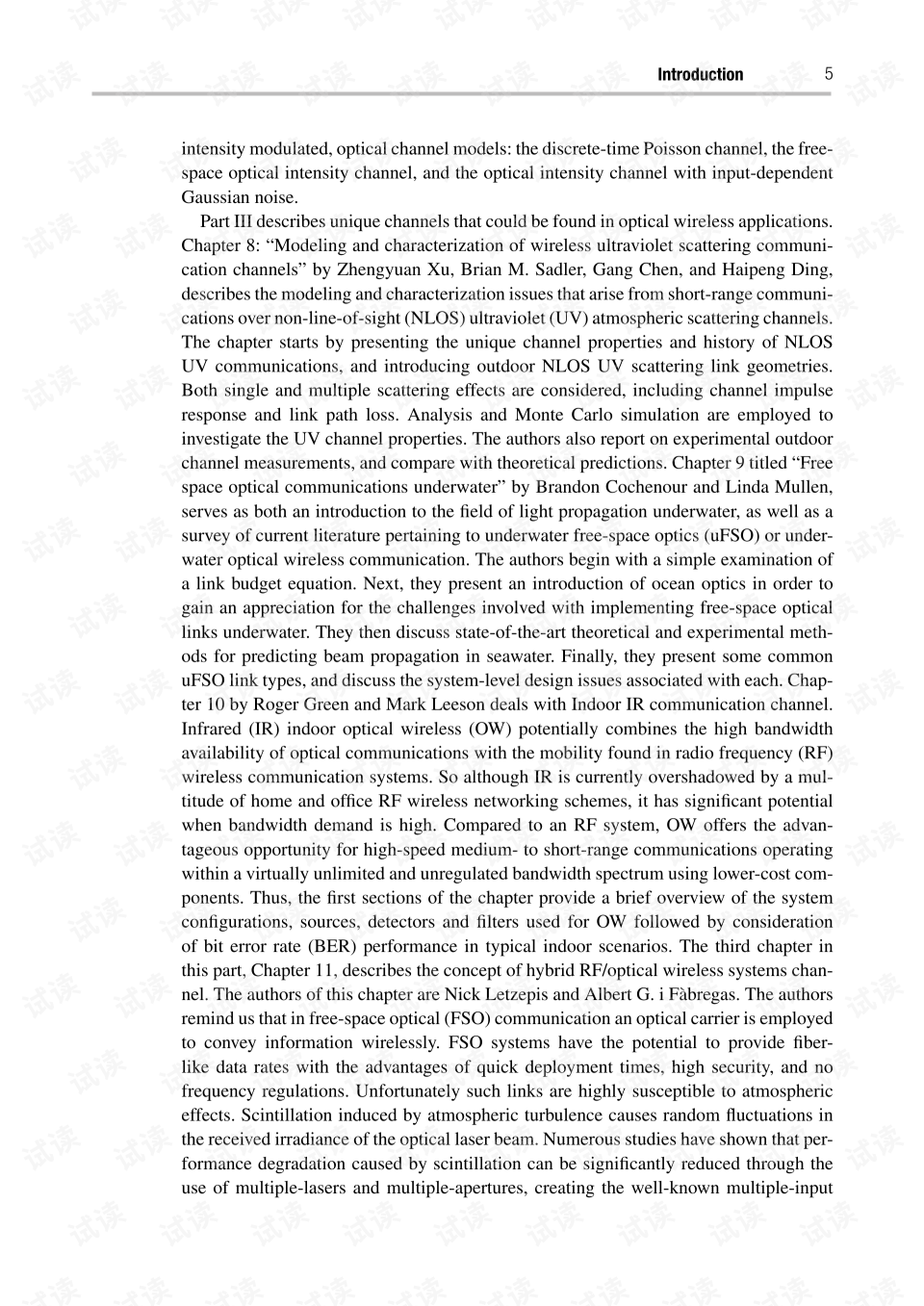 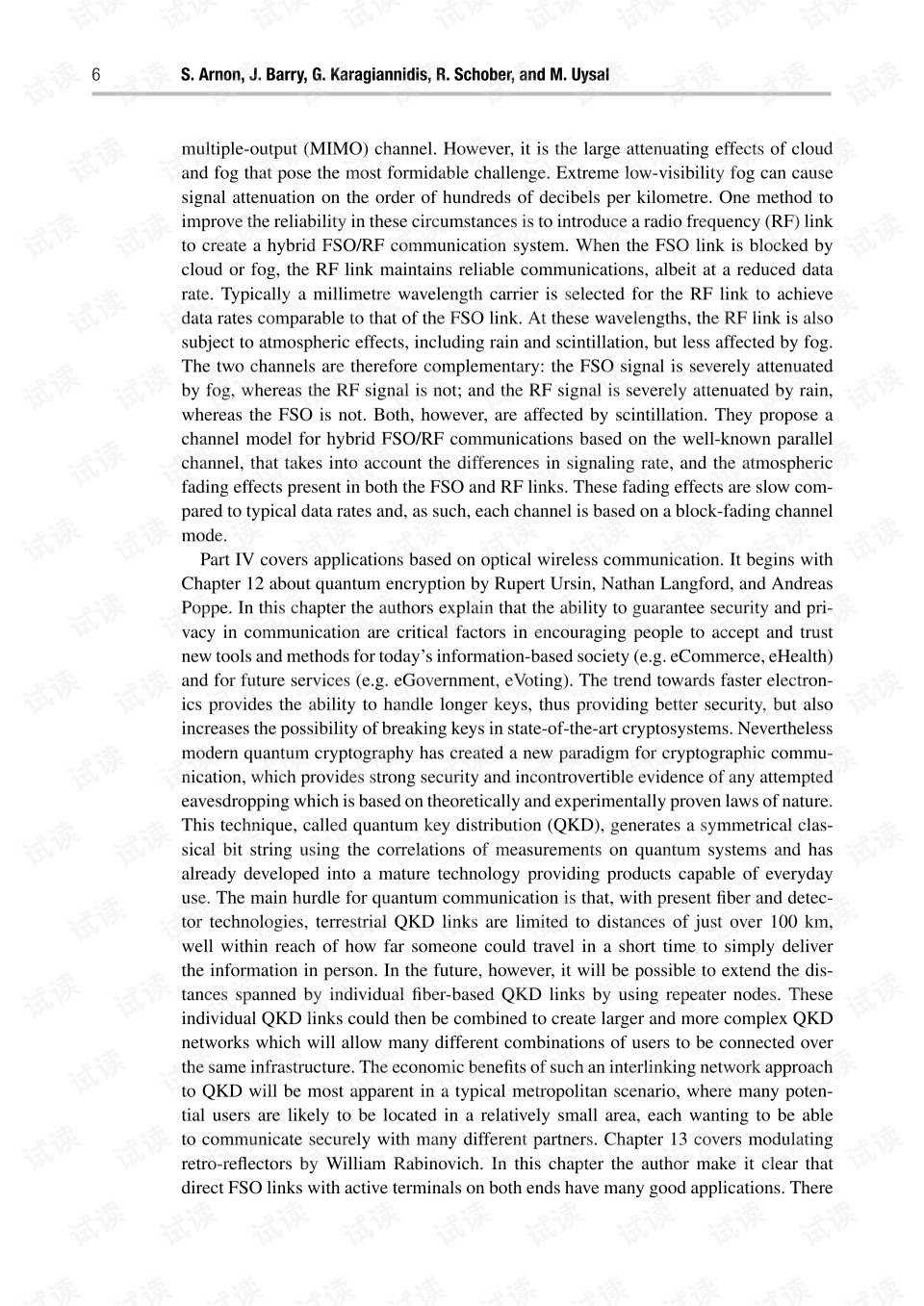